SUNWAY Group founder and chairman Tan Sri Jeffrey Cheah says the group is looking out for opportunities in the United Kingdom, especially in the student accommodation market.

He said it is a good time now to tap the UK property market.

According to Cheah, the Sunway group is buying three buildings for student accommodations in Bristol and Sheffield.

“Student accommodations are the way to go. We are gearing up for that, hopefully. I don’t have a crystal ball, but if we work hard, we will succeed. In terms of education, the UK gives some of the best education,” he told host Christine Tan during an interview on CNBC’s Managing Asia programme.
Cheah said Sunway has bought, through a fund in which the group has a big say, 97 properties of which tenants are all from the British government, giving a reasonable return.

He also believes that China will be the biggest market for Sunway in foreign land.

“China has brought 700 million people out of poverty. That has never happened in the world. No one has done it and they have done it. So I have great confidence that under its system and good leadership, China will be the No.1 in the world, in all forms.”
Cheah said had he studied in a Chinese school during his younger days, Sunway Group’s investment in China would have been bigger than the current size. 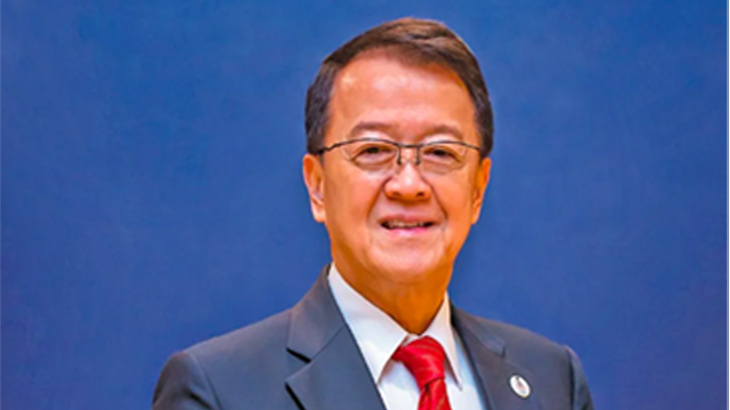 BUILDING ‘HARVARD OF THE EAST’

Sunway Group aims to build Sunway University into a “Harvard of the East”.

It is a tall ambition, especially when there is competition here in the region, said Cheah, but he feels that it is possible.

“I have always set very high benchmarks. If I don’t set high benchmarks, my people may think that we are so good. So, I say ‘Harvard of the East’. Now, of course, we are linked with Cambridge and Harvard, and universities always compete.

“I tell my friends, competition is always good and it’s always there. You can’t stop it and it brings out the best of all of us. I want to set the foundation now, but I don’t think it will happen during my lifetime,” he said at the interview.

Cheah hopes Sunway University will become a top 100 university in the world in 10 to 15 years from now.

“If you go to Harvard and Cambridge, a lot of people asked me, ‘How do you get to link up with these people?’” We have to do what we have to do. They will check you left, right and centre… your integrity, reputation, who are we and who are we tying up with. They are all now very satisfied with the relationship, and we can develop a much, much stronger relationship… they will help us. They’re happy to impart knowledge to our people. I tell my people that I want to learn from the best,” he said. 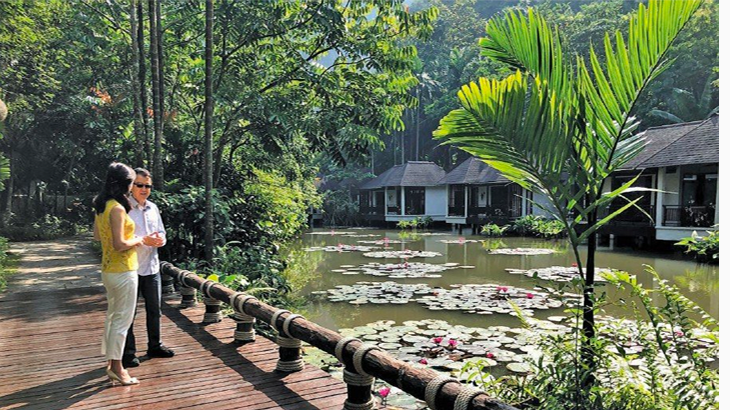 RE-INVESTING FOR GROWTH IN MALAYSIA

Cheah believes in re-investing in all of the group’s assets and adding value without putting pressure on profit margins.

He cited The Banjaran Hotsprings Retreat in Ipoh where the operator could recoup the investment in upgrading the property via higher room rates.

“Teeming costs money. We tie ropes on the walk track, (put) a bit of artificial rock here and there to make it look real, and then landscaped it very well. These are extra, extra things. But when people come, they say, ‘wow’. When you charge them a higher price, they say, ‘OK, it’s fine’.

“Like the Sunway Lagoon theme park, you have to continuously re-invest. You won’t like to go back to a theme park when you’ve seen and played with everything. So, we need to upgrade and put new rides and attractions, and that’s what we are doing,” said Cheah.

He said profit margin had dropped from more than 20 per cent when the group started property development, to between 10 and 12 per cent currently.

“Sometimes, what we do in business is affected by the external environment. Right now, there’s a trade war. Trade war is one thing, but then business confidence is not there. Business people or fund managers don’t like uncertainty. There’s uncertainty out there. For the world, there’s the trade war. You don’t know all this geopolitics is going to cause a lot of headache.” Chead said as far as Malaysia is concerned, businesses are looking at the government’s promises. “We like to see things happen, but unfortunately, it’s slowly happening.”